I have three inline-block divs on my page (see JSFiddle): 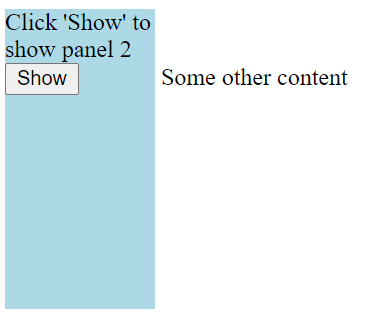 Div #one contains a button ‘Show’ and is absolutely positioned so that it overlaps the div #two. When ‘Show’ is clicked, div #two slides out from under #one using translateX, like so: 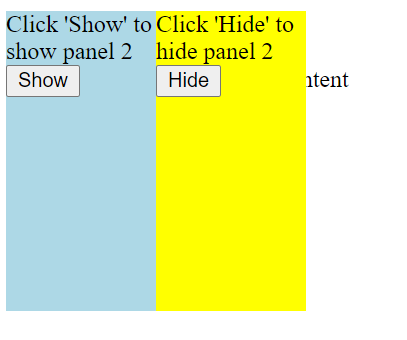 When this happens, I would like to push div #three down so that it appears just below div #two, like so: 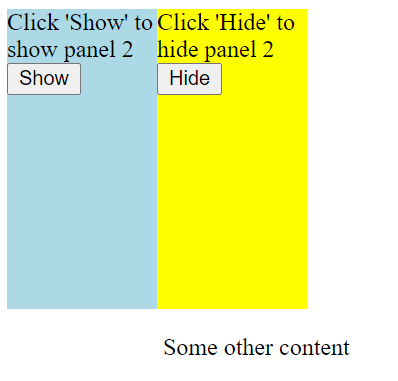 I’m not sure how to go about achieving this using pure CSS that doesn’t involve moving #three along the Y-axis using #three { transform: translateY(...) }. I was wondering if translateX is the wrong approach here since it does not disturb the position of neighbouring elements, but I don’t know what to use in its place.

As I have already stated in the comment section: It really depends on what your final goal is and what content you put in your divs – how everything is structured.

I feel like this is more of a XY-problem. I.e. the design-choice demands for a special case/solution that could be solved in another way so that the "hacky" solution does not have to exist in the first place.

Nevertheless, since you have asked for it I give you a solution for this specific problem:

You could implement a spoiler section that you can toggle to display more information if it is desired.